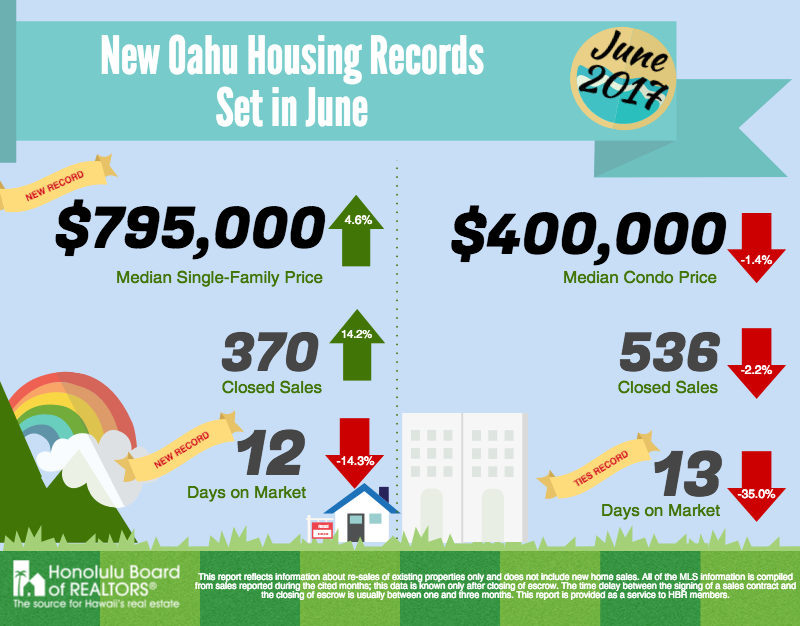 Honolulu Board of REALTORS® (HBR) reported that the median price for single-family houses on Oahu reached an all-time high in June, according to resales figures released July 6.

Per the HBR press release, in June 2017, the number of single-family houses sold increased by 14.2 percent while condominium sales decreased slightly by 2.2 percent compared to June 2016.

The Days on Market for both single family homes AND condos set a new record in June at 12 and 13 days respectively.  Shorter days on market are reflective of the increasingly lower inventory we have been seeing over the last couple of year.